The Rumor Mill: The State of X 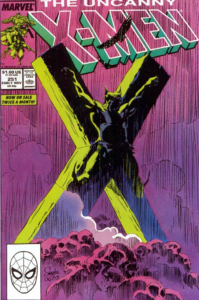 The events of the Phoenix Resurrection is apparently going to have rippling effects in the X-Men Universe. In X-Men Blue #16, they even tease this with a notice: Now for teasing upcoming projects, I can say that there are at least two new ongoing series in development. One completely unexpected and the other a fan favorite. It’s to early to get into any more information that that, but I am sure most X-Fans will be excited when we make our announcements. Keep your eyes and ears open!

There’s some speculation that the X-Men Blue and X-Men Gold books may also get renamed to Uncanny X-Men and X-Men, and drop the Blue and Gold names (no idea which book would get which title; it’d make the most sense if they go this route to make Gold the Uncanny book) and the books would resume the regular number of the titles. With Disney purchasing the “Mutant” rights back – it’s no surprise that they did announce a New Mutants: Dead Souls mini. 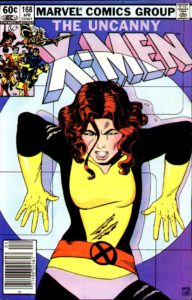 We know they’re doing a (Adult) Jean Grey led book called X-Men: Red, which – if they do rename X-Men: Blue and X-Men: Gold to X-Men and Uncanny X-Men, would they rename X-Men: Red to another name? Will it be released as something other than X-Men: Red?

X-Men Red doesn’t even count towards said two new books, I believe. So there could be potentially two other X-Men books coming out? It seems like New Mutants would a no brainer, to try and capture the audience that the movie may generate. What could be the other book? X-Force? X-Factor? It seems like since they said “unexpected” it could be something a little more off beat, like Excalibur.

What two books do you wish Marvel would release? Let us know on