Things are about to get violent at Marvel – Conan the Barbarian returns! 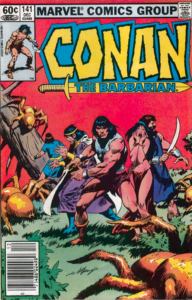 It’s an interesting move, because Darkhorse has been publishing Conan for quite some time now. So, you have to wonder – is Conan that popular of a comic book that Marvel would seemingly go out of their way to reacquire the license? I suspect there’s more to this. I am wondering, if comic book sales are good enough, that Disney (under whatever ‘flagship’ movie studio they want to select) is considering releasing a brand new Conan the Barbarian movie as well? Perhaps something to try and capture the Game of Thrones and Vikings type market? I remember owning quite a few issues of Conan the Barbarian back in the day when these were coming out (issue #141 sticking out the most in my memory for some odd reason – I may even still have it somewhere in one of my Random comic boxes) – but, I have to admit, I don’t remember being very enthralled by the Conan the Barbarian comics – they were cool to pick up if no other new comics I collected came in and I had a spare 60 cents burning in my pocket, begging to be spent.

Marvel has not released any creative teams information; only that it will be coming out in 2019. They also released these two promotional pieces: 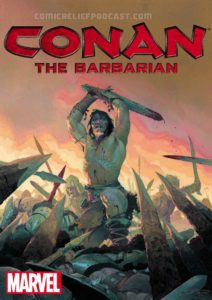 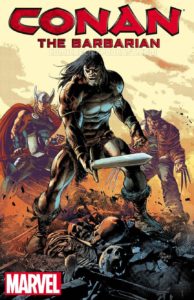