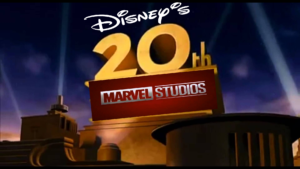 By now, I am sure you’ve heard the news and rumors. Disney is reportedly in talks of purchasing 20th Century Fox Films… Why would they do this? And how does it effect us – as comic book fans?

Well, I am pretty sure they’re doing this to logically regain the movie rights to the X-Men and Fantastic Four franchise. That’s right – as you may (or may not? If you’ve been under a rock!) be aware – 20th Century Fox has the movie rights to the X-Men and Fantastic Four. (Yes, this is why – except for those super, ultra, die hard, X-Men can do no wrong fans) – the X-Men movies (except for Deadpool, and some, other than me, might even argue Logan) were not good movies. Under Fox Studios, the X-Men movies have been an ongoing nightmare (similar to Marvel’s current state of comics!) – everything from actors being changed out due to the fact that the X-Men movies changed time lines every couple of movies (so Cyclops, Jean, Storm, Mystique, Professor Xavier, Magneto, among others were played by different people – and in some cases, more than one actor). Now, that’s not to say that the Marvel Cinematic Universe hasn’t suffered the same fate! Why, there was Terrence Howard, who got replaced by Don Cheadle after one movie to play James Rhodes (War Machine) and there was also… um. There was also… Well, there might have been someone else, somewhere… right? OK. Well, regardless – moving on – the constant change in the cast, the team dynamics, the time lines, have made the X-Men movies a complete failure. Even if you look at them as individual movies; stand alone movies – the stories fail to deliver. Again, probably the only two exceptions being Deadpool and Logan. Not even the Apocalypse movie sat well with me or Maico. 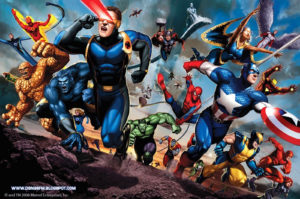 But, if the deal goes through – and Disney takes over 20th Century Fox Films and effectively gets the X-Men and Fantastic Four rights back – could that be a bad thing? Disney would undoubtedly scrap all the previous ties to FOX’s version of the X-Men and Fantastic Four films – and we should cheer them for that, right – as they deliver Avengers, Thor, Captain America, Ant-Man, Guardians of the Galaxy type caliber movies, yes? But what about Deadpool? While Logan has ended; there’s plans for a Deadpool 2 in the works (which will probably finish anyway) – but Deadpool 3? The New Mutants trilogy that was pitched? Will those be scrapped? And the concern that Disney does not publish R Rated movies, which Deadpool would need to be, to effectively work. 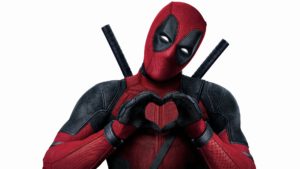 I’ve given this some thought. Want to hear my thoughts? If yes, keep reading – if not, head to one of your other favorite websites and go watch a funny video. Now if you’re still here – good. So, I was thinking – Deadpool has often broken the 4th wall – he practically lives out of the 4th wall. Because of this, Disney could actually turn a blind eye and let Deadpool continue to do whatever it needs to do; because it would not tie into the regular Cinematic Universe anyway. Now you ask – what about Disney doing an “R” rated movie if they took over 20th Century Fox and had to deal with releasing Deadpool 3: Deadpool vs the MCU. Well, while Disney has never directly produced any R-rated product under the “Disney” brand; Disney happens to own (or owned) a number of other subsidiaries such as Miramax Films, Dimension Films, as well as Touchstone Films. The movie The Crow, for example was released by Miramax/Dimension Films, while owned by Disney – and The Crow is Rated R. So I would imagine, if they do acquire 20th Century Fox, chances are they’d simply continue to release Deadpool through 20th Century Fox, and then bring in the X-Men and Fantastic Four into the Marvel Cinematic Universe. Because Disney would own both the Marvel Cinematic Universe/Marvel Studios, and 20th Century Fox Films – the Deadpool movies would have free reign to also use whatever characters they see fit (with Disney’s permission, of course).