“The Gifted” on FOX. 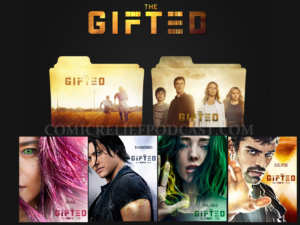 I admit it. I’m more than surprised; and pleasantly so. Generally, FOX has, time and time again, disappointed me with what they’ve done with the X-Men movies. So when I heard about The Gifted coming out to FOX, I admit, my expectations were pretty low; especially when I heard that one of the main characters was made up, specifically for the show, named Eclipse. I thought, “With all the mutants that are in the Marvel Universe, you still needed to make up a new character?” Well, apparently they did. But going into the show, Eclipse is one of the more humanized characters, that is easy to like (at least initially… I won’t go into the details of what he does later – admittedly, though – he was in a tough spot when he needed information!) 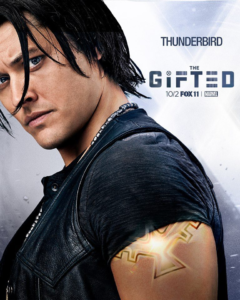 Just like any movie (not just FOX, Marvel/Disney has done this also – as has every movie studio) – the character origins are changed to suit the show. For example, in the comics, John Proudstar dies very early on, when he initially joins the X-Men. In The Gifted, the X-Men exist (and are repeatedly mentioned and referenced; but they’ve “disappeared” – and that hasn’t been explained). So for the sake of the show, John Proudstar never actually joins the X-Men, and thus he never dies the way he does in the comics. Which is a good thing, because in the show, he’s probably one of my favorite characters. I also like that they enhanced his powers a bit in the show; he still has his super strength and what not; but his ability to track and how he does it, seems to lend to having super senses. 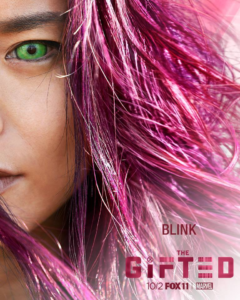 Blink has a bit of a rough intro; she’s easy to get used to, but didn’t feel connected to her until you learn about her origin and the orphanage house thing she came from. I think that was a great turning point for her character, and she went from being a runner to a fighter. Now she had a reason to be personally invested in helping the mutant resistance. I do love that they’re not afraid to show her using her powers; and though sometimes they trim it, they still do special effects to show you she’s opening a portal.

As I said, Eclipse is the new character that was added to the show as an original character. And after watching the show, it’s immediately clear why. Because they’re using Lorna Dane (Polaris) in the show, and Alex Summers (Havok) has already appeared (and died… sigh) in the X-Men movies; they needed another love 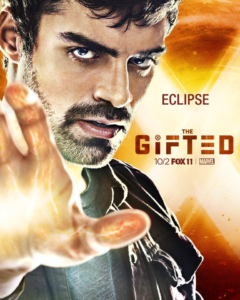 interest for Polaris, and Eclipse is that man. I do like that he has a pretty dark past, with his connections, and what he did as a mutant for his previous love interest (and how that comes back to haunt him in the series).

He’s the one you always sort of cheer for, because you know he’s done some bad things before, but he’s trying to redeem himself in the eyes of Lorna, whom he loves dearly. So you want him to succeed, you want him to come on top; but just like real life, sometimes the shadows pull you back into the darkness when you least expect it – and those actions always have a consequence, even if they’re not immediately known! 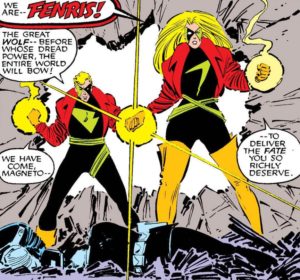 I love what they’ve done with the Strucker children too; Lauren and Andy Strucker. Now, you might be thinking, “But wait! That’s not the name of the Fenris twins in the comics! It’s Andrea and Andreas Strucker! Don’t worry! They address that as well; and quite beautifully. So it turns out in The Gifted that Andrea and Andreas are the grandparents of Lauren and Andy; and as it turns out, the power they wield, and the mutant gene is hereditary in all the children of the Strucker family tree… something that Reed Strucker’s (played by Stephen Moyer; whom most know, but I always associate him to True Blood and am waiting for him to say, 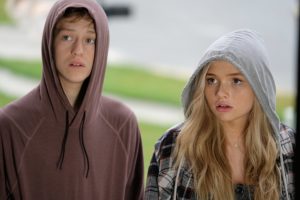 “Sookie!”) father tried to stop from passing down. And there’s consequences to it! It was great, because the entire time, I kept saying, “I wonder if they’re going to hold hands and trigger their power, that’s even more powerful…” And sure enough, that scene comes, and it’s great! Their mother, Kate Strucker, is played by the beautiful Amy Acker (who most probably know from her brief appearance in Supernatural and her reoccurring role in Angel and Dollhouse, though she’s been in much more than that!) 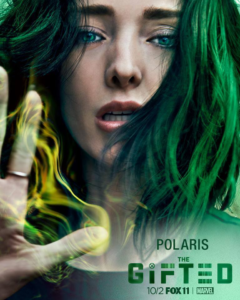 Is the show perfect? Of course not. But it’s damn good. As a matter of fact, the only thing I can really complain about is… sadly, Polaris. And it’s not because she’s not like the comic book character… but it’s because the personality they dished her. She’s an emo, super angry, super aggressive, leather, big boots (I said boots!), pale skinned, constantly nagging, constantly fighting, over the top character. Literally can not stand the character. They need to drastically tone her down – a lot. Maybe they need to poke into her past, reveal the reason she is the way she is; because right now, she’s entirely too annoying to even bare.

They do a good job showing off mutants in the show (Eye-Boy even appears to make an appearance), along with other obscure characters such as Shatter (who appears in several episodes, with dialogue), and even (Beautiful) Dreamer, who is also one of the main characters of the show (and the main love interest of John Proudstar). 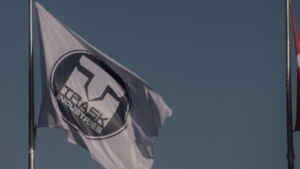 They do cool things like tie it all back to Trask Industries (who has a long history, in Marvel Comics, as being Anti-Mutant, and the developers of the Sentinels, which are giant, mutant hunting robots). What I also like is that they show the human side of dealing with mutants, as you learn one of the main, high ranking officers from Sentinel Services, Officer Jace Turner (played by Coby Bell), had his daughter tragically killed during a peaceful Mutant Rights March, that went south – and she died, at the age of 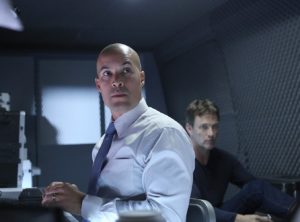 4 due to a mutant’s powerful explosion. They even dig deep enough to talk about the Hound Project, where they use mutants to track and fight other mutants. There was even a telepath that they introduced a few episodes ago; and I couldn’t figure out what her game was – was she helping the mutants? Was she a sleeper hound? Then in the latest episode – they gave a big hint – which I was able to guess, before she frees the folks on the bus!

This show hits it on all cylinders for me; and I can’t help but wonder, after watching this “Mid Season Finale” – how is it they get everything so right, but the movies can’t seem to do the X-Men lore any justice?