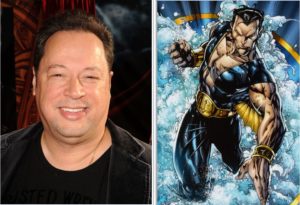 During a recent episode of Kevin Smith’s Fatman on Batman, Joe Quesada was asked by Smith if “…The same people that own Iron Man, own the Sub-Mariner?”

This is an interesting development in the Marvel movie rights discussion as it has never been made abundantly clear (to the fans) which studio owned the rights to Namor: The Submariner. Rum 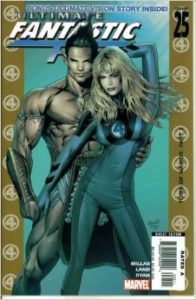 Quesada did also backpedal a bit and say that he does not speak for the Marvel Studios side of the house, but as CCO, Quesada is in charge of overseeing the creative aspects of media adaptations of Marvel properties, which include participating in story and script development of movies, television and animated series.

Perhaps we may see Marvel Studios play catch-up to WB/DC studios’ Aquaman, which is due to debut in the Summer of 2018 and star Jason Mamoa as the titular character.

Although there is no evidence of such plans, perhaps Marvel Studios and Disney will buy the rights to the Fantastic Four and give us a classic Fantastic Four story featuring the love triangle between, Reed Richards, Sue Storm and  Namor: The Submariner.

This entry was posted in Uncategorized and tagged comicnews, Comics, Marvel, marvelstudios, namor. Bookmark the permalink.