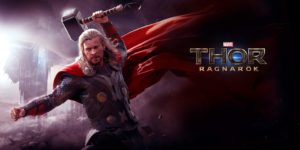 News of Thor 3: Ragnarök is out – and Chris Hemsworth (Thor) has already said, “This will be a Thor & Hulk Buddy Movie.” More details have leaked out since then, and it’s been confirmed that elements from Planet Hulk will be incorporated into Thor 3: Ragnarök. 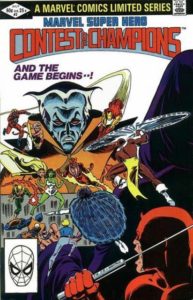 The big headed blue guy is The Grandmaster, if you’re not familiar with him.

It seems that the all too familiar gladiator games of Planet Hulk will somehow play out in Thor 3: Ragnarök, involving both Thor and Hulk in these gladiator games. Jeff Goldblum, who will be taking on the role of The Grandmaster will have a part to play in all of this (perhaps watching over the gladiator games, since The Grandmaster in comics, has historically been all about various types of games and schemes – check out the original Contest of Champions from Marvel Comics as an example). 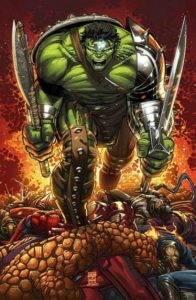 It’s also been confirmed that Hulk will be wearing that gladiator armor, similar to what was seen in the Planet Hulk comic book, wearing the one-shouldered piece that he’s known for. This does make me curious, if Hulk will finally be speaking (as he was during Planet Hulk, if so that’s a big and drastic change for the Hulk that we have seen in the Marvel MCU, and would probably need at least some explanation as to how he’s suddenly sputtering out complete sentences that don’t revolve around, “Hulk Smash!” or “Hulk Angry!”) 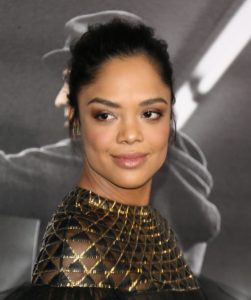 One of the things I am quite excited to see is Valkyrie. I was a huge fan of the original Defenders series, which included Valkyrie throughout – almost the entire run of 152 comics (after she was introduced very early on into the team). Valkyrie will be played by Tessa Thompson, so we’ve obviously going to get a different take on Valkyrie, but I am already with that! I am curious to see what they do with her. One of those changes they have already said is that, rather than being blond, she will have war paint on her face, similar to Native American warriors. I don’t mind these changes, as long as they make Valkyrie a strong, powerful female character. 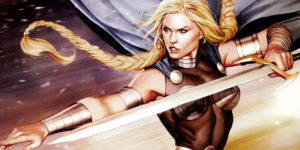 Supposedly, the story involves Thor tracking down the ultimate weapon (ultimate nullifier, anyone?) in order to stop the events of Ragnarök from unfolding.

All in all, this sounds like it just might be the best of the Thor movies to be coming out and I look forward to see what happens.