The X-Men Franchise – and in the Movies – and the Epic Twitter Battles. 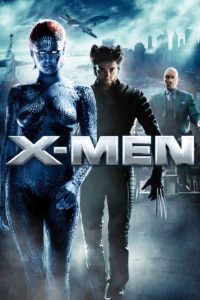 Needless to say, I grew up on the Uncanny X-Men. If you don’t know that, you’ve clearly not listened to our podcast or read any of the posts I’ve made here. An interesting conversation which quickly escalated into a debate formed on Twitter (which I wasn’t a part of, because really, I can’t convey my thoughts in 140 characters, when it comes to the X-Men). So I thought I’d take to the blog to share my thoughts.

As I’ve said, I grew up on the X-Men. While I collected Uncanny X-Men and Avengers – the Uncanny X-Men always held a spot just above the Avengers. There came a time, somewhere around the year 2000 where I began losing interest in the X-Men (and I had already dropped Avengers), because the state of comics was just rapidly going in spiraling toilet… The writing changed all of the characters, the art was subpar… these were not the Chris Clairemonet/John Byrne X-Men… or even the Jim Lee/Marc Silvestri type X-Men… these were X-Men who gave up their costumes, decided to go with all black, leather, more realistic look. I collected for the sake of collecting, until I reached a breaking point. But, the powerful writing of Cullen Bunn brought me back towards Uncanny X-Men again, later. 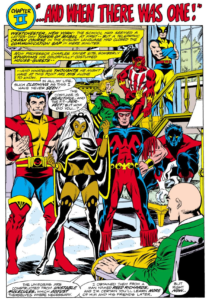 This is to say, I am clearly very invested in the X-Men. So when the first X-Men movie came out, I liked it for what it was – but was still disappointed that they were in black leather. People countered that “it had to be that way because superhero costumes wouldn’t convey well on the big screen.”

To which, I always countered, “Has anyone told DC comics that? Because… Batman… Superman… Riddler…”

And someone always said, “Yes, but were those good movies?”

Naturally, I didn’t think so. But that had nothing to do with the fact they were wearing costumes, and had more to the fact that, there wasn’t much there in the way of a story. 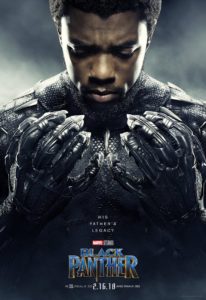 Skip a few years, and we get X2, which tries to follow God Loves, Man Kills … very, very, very loosely. But still, they’re in the leathers. X-Men 3 comes out, and it’s the worse of the bunch. Then there’s a blur of First Class, Days of Future Past, Wolverine, and probably more that were, over all, less than memorable (Logan is the exception).

So all those people who swore up and down that costumes would not convey on the big screen very well? Certainly, just putting the heroes and villains in costumes isn’t what makes them successful. You need only look over to DC’s Justice League movie and see how, in terms of earnings, it was a flop. (And when did we think that we’d see a day where DC’s most iconic characters – Batman, Superman, Flash, Cyborg, Wonder Woman – all in one movie would be slammed by a single, less popular character like Black Panther)?

So for all the X-Men movie fans who love the movies; kudos. But I am one of those that believes that the X-Men movies can be done right – as in putting them in costumes and giving us a super hero movie similar to what we see over in Marvel/Disney MCU. 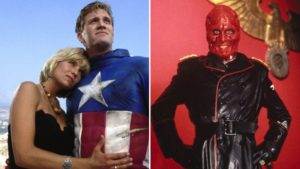