I admit, when I saw the title of an article that my partner in crime, Maico, shared with me; I was grinning: “Marvel executive says emphasis on diversity may have alienated readers.”

But almost instantly, I was furious. They had said: Comics studio’s vice president of sales tells summit that some stores say people ‘have had enough’ of new female and ethnic minority characters. Marvel’s vice president of sales has blamed declining comic-book sales on the studio’s efforts to increase diversity and female characters, saying that readers “were turning their noses up” at diversity and “didn’t want female characters out there.” 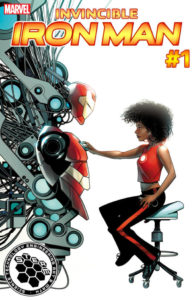 Wrong. My “problem” with Marvel’s recent push for diversity is more along the lines of getting rid of original characters to “validate” these new diverse characters. The biggest one is Iron Heart. Tony Stark “dies” (nearly dies, whatever the case may be; because no one stays dead in Marvel, just ask Jean Grey) – and the intelligence of Tony Stark is made into a digital print and put into the mind of Riri Williams. (Note: Jenna Tomlin corrected me – and let me know that the AI Tony is not in fact, embedded into Riri’s mind – he is a separate, independent Artificial Intelligence that helps her monitor and control the suit!) So they got rid of Iron Man to make Iron Heart your only choice if you want an Iron Man type comic. (They also killed Moon Boy in order to make room for Moon Girl; but I think I am one of the few – if not, only – Moon Boy fan – and that was all because of the Fallen Angels limited series way back in the day). I admit, I do question why they would put the kind of intelligence (knowledge, and security clearance knowledge that Tony Stark into with a young person‘s mind – male, female, black, or white – and why they wouldn’t put it into the mind of an already established character with intelligence – because it just seems like a security breach to put into into the mind of someone who isn’t an Avenger, Fantastic Four, or a member of SHIELD). But it’s comics – and it’s just the way it is! 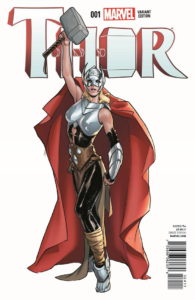 Where Marvel has gotten this push for diversity right in my opinion; is Thor. We have a woman who has taken up the mantle of Thor, Goddess of Thunder. But for those invested in hundreds of comics deep of Thor Odinson – we have a title Unworthy Thor. Also, when they made Kamala Khan, a Muslim character as Ms. Marvel; they didn’t get rid of Carol Danvers; instead, they made her Captain Marvel (and have done such a great job promoting her; which I love, because I was an avid fan of her as Ms. Marvel, and even more so when she became Binary! I had collected the original Ms. Marvel and the following series that she was in for her own title – I, admit, however, due to financial cut backs, I did not collect her current run of Captain Marvel books – but that has nothing to do with lack of diversity support, and more with financial reasons!) This is how you do diversity. 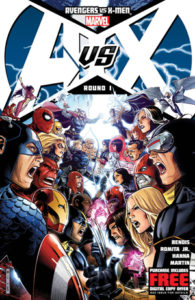 I actually applaud Marvel’s attempt to diversify their books and reach a larger audience to feel represented in the Marvel Universe.

But to blame their lack of sales on Diversity? I call bull#$%^. Marvel needs to look inwards to find where the true blame is. I was at WonderCon just this weekend, explaining to my best friend’s son, Matt (who is 21 and an avid fan of DC Comics; but also loves Unworthy Thor) my dislike of Marvel’s current state (and trust me, I was a Marvel Zombie for 35 years of my comic book collecting life, so far!). One of the biggest issues with Marvel, that I have is that literally every 6 months is a major event. And that crossovers cross into every single title, forcing you to either pick up an entire cross over – or be utterly confused.

I can speak from experience reading Spider-Man 2099, when the Spider-Verse happened; it was two or three issues, where I was so utterly confused, because I had no interest and no money to collect this massive cross over to understand what was going on. So for those two or three months, the issues were just money thrown into Marvel’s pockets, because I certainly got no enjoyment out of the books (no offense to Peter David’s incredible writing, either!) 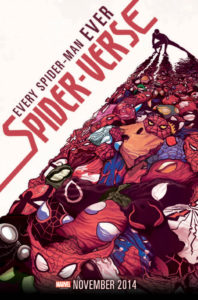 I think crossover events are the bane of just every comic book collector. Why these events aren’t self contained within a limited series, rather than running through several different books, is far beyond me. Remember the original Secret Wars? The one that ran 12 issues? Was completely self contained? Yes, there were consequences after it – like Thing staying on Battleworld. But if you were reading X-Men or Fantastic Four or Avengers or whatever – you weren’t forced to collect books that may you didn’t normally read, for 12 months, to figure out what the heck was going on. Nothing is more confusing, when an issue ends at one point – but because of a cross over, the next issue you pick up – it’s at a completely different place, with all these new things happening – because you have essentially missed 3 to 5 issues by not collecting all the things that these books cross over into. 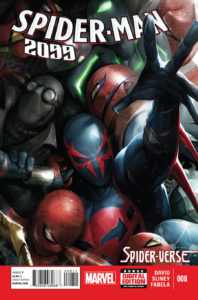 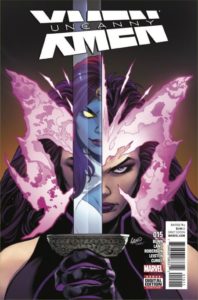 So, a lot of us “older” readers who are not opposed to diversity, but rather sick and tired of cross overs that we’re not interested in (nor can we afford, because – you know, real life, with real bills) – this is why we drop a lot of Marvel titles. Two years ago, I wrote an article on here, about how I was doing something I thought I’d never do – after 35 years of collecting Uncanny X-Men, I was finally dropping the title. And if you can’t tell how much I loved Uncanny X-Men from reading that and how much I hated dropping the title; then I truly failed as a writer. It wasn’t until news that Cullen Bunn would be writing Uncanny X-Men that I would come back and give it another try. My only regret with Cullen Bunn’s 20 issue run of Uncanny X-Men is that it wasn’t longer, and that he didn’t get to finish the stories I think he still had left. 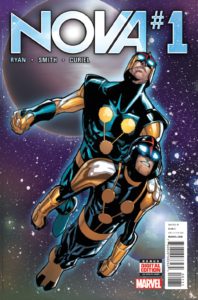 But – I got side tracked. The simple matter is – fans do not like their heroes to be replaced. Remember when Sam Alexander, a brand new, young, character, took on the role as the new Nova after appearing on the Spider-Man cartoon? The Nova series (all of them) featuring the young, Sam Alexander, was met with a lot of resentment from fans who considered Rich Rider as the true Nova (especially after everyone else who died in the CancerVerse had come back to the living, except Rich Rider). While I still gave the Sam Alexander Nova series a chance, because he was a member of the New Warriors, which I am a huge fan of – the current series now features both Sam Alexander and a recently resurrected Rich Rider as both taking on the role of Nova. As as someone who runs NewWarriors.com as 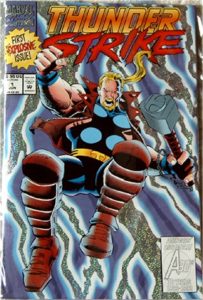 well, with a Twitter account & Facebook account all tied together – I have seen almost no complains about the current Nova series, because Rich Rider is a part of it once more. The anger towards “Diversity” is incorrect. It’s the replacement of characters, that many of us are extremely invested in. (Anyone remember when Marvel had the great idea to get rid of Thor and replace him – both in his own title and in the Avengers, with the human, Eric Masterson, as Thunderstrike? Also not very well received). They would eventually restore Thor, and Thunderstrike would go on to get his own, very short lived, series. So the Marvel CEO who blames the lacking sales because of fans not wanting diversity, is clearly not someone who has a good look at the whole picture, and is looking to deflect the blame upon the fans (which is always great for the company image), rather than looking inward and seeing that perhaps the blame is with them? 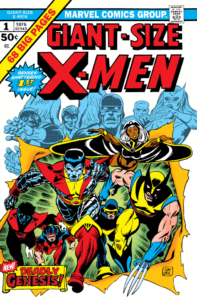 Just A Side Note: One of my first comics was Uncanny X-Men #121, which featured an African woman (Storm), a German (Nightcrawler), a Canadian (Wolverine), an Irish Man (Banshee), and Cyclops (American). I would eventually get the back issues, early 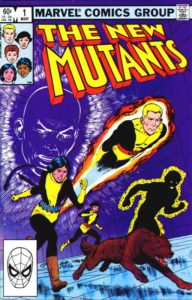 in my collecting career and saw that there were other great characters – a Native America (Thunderbird, who perished!) and a Japanese hero (Sunfire)! I have repeatedly said how Giant Size X-Men has become my “Bible” as to how comics should be done. One of my other favorite books? The original New Mutants book which contained a Scottish girl (Wolfsbane), a Native American girl (Mirage), a Latin male (Sunspot), a Vietnamese girl (Karma) and Cannonball (American). So, I’d say it’s pretty insane to think that I am not into diversity…