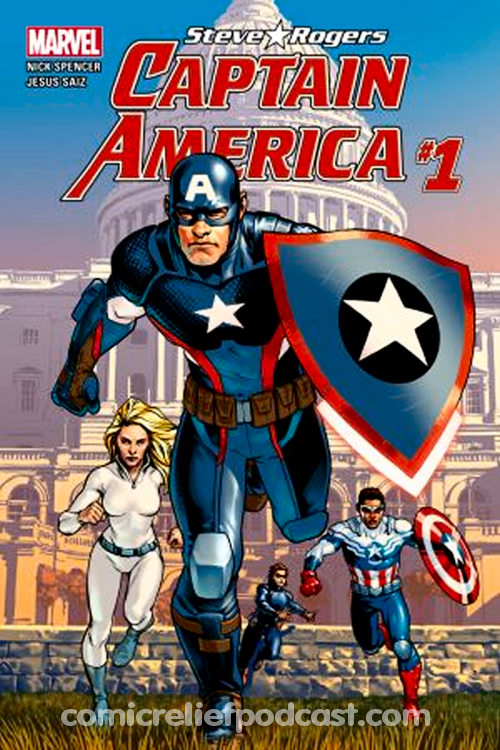 So… Steve Rogers is Captain America. You know… Again.

So where does that leave Sam Wilson. Does that mean he’s headed back to being Falcon and hanging up the Ol’ Red, White and Blue?

This is beginning to remind me of the days of the Thor Corps… where we saw various “versions” of the Thor character (Thor, Beta Ray Bill, Dargo Ktor {future Thor; which is odd, since Thor should be immortal} and Thunderstrike)… Is a “Cap’s Corps” that far off in the future featuring Steve Rogers Captain America, Sam Wilson Captain America, Bucky Barnes Captain America and USAgent? Time will tell.