Marvel is introducing a new “Wasp.”

Marvel dropped a big hint, when they released this image: 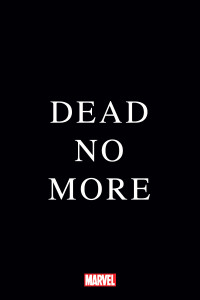 This generated speculation who it might be. The most obvious choice would have been Wolverine, somehow coming back from the dead (despite we have an “Old Man Logan” walking around the Marvel Universe). But that certainly has never stopped Marvel from making this ultraconfusing by having multiple versions of the same character, walking around through time/displaced means.

Well, the speculation it might be Wolverine ended, when Marvel released this image a little while later: 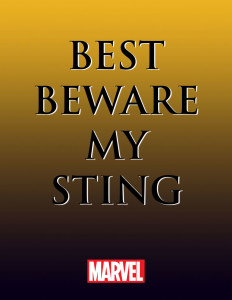 Now the obvious choice was probably going to be Wasp. Wasp (Janet Van Dyne) – I won’t go into the whole story – but the long and short of it, during the Skrull (Secret Invasion), one of the Skrulls had tricked Jan into using a growth serum that essentially turned her into a living bomb. Thor had to strike her down and swore vengeance. But, as it turned out, she wasn’t killed – but thrown into the Microverse (What? A super hero didn’t actually die? Say it isn’t so!)

Now what’s annoying is – several sites are incorrectly reporting that the name Wasp is getting a new mantle – for the first time in 53 years. These folks who have written these articles are forgetting that Hank Pym (her former husband) adopted the name “Wasp” for quite some time, in honor of Janet’s death (before they realized she wasn’t dead).

Long story short, they end up finding Jan and rescuing her, and she became a part of the Uncanny Avengers and apparently developed a relationship with the former X-Men, Havok, who was also a member of the team. During the Axis event (where some folks became evil, others became good; through means of a magical spell – just… don’t ask…), Janet was drained of all her “Pym Particles” by Captain America.

So is this really a new Wasp? Or has Janet returned? Time will tell.