Wolverine: He’s The Best At What He Does… 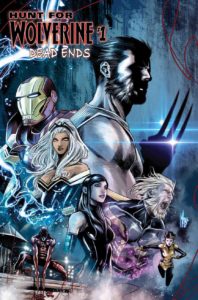 … and currently, that means coming back from the dead. Sorry, Wolverine… you have some serious competition for resurrection counts. Jean Grey still holds that title. Probably higher count in Jean Grey alone than all the Marvel Universe characters combined… But that’s another blog. This is all about Logan coming back from the dead, after being deceased for a few years. 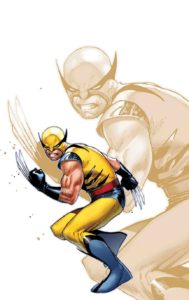 Unfortunately, for me, Wolverine is one of those characters that has become over saturated. The irony – not because of Wolverine himself. Back in February of this year, I had shared my thoughts on this whole Hunt for Wolverine gimmick. And in that post, I talked about how I was tired of all the Wolverine knock offs…

All of these characters running around the Marvel Universe… all at the same time… all directly tied to Wolverine in some fashion… is, literally, overkill.

So I’d like to say I am excited about our regular Wolverine’s return, but I am so burnt out on seeing anything related to Wolverine… And that makes me sad.