Avengers of Prehistoric Future Past. 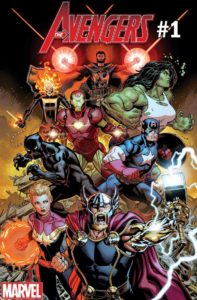 So far, so good, right? I mean – I can tolerate Robbie Reyes as Ghost Rider. So what are the other details?

Who is the creative team? Writer Jason Aaron and artist Ed Guinness. Well. I dig Ed Guinness’ art – but I admit, I dropped Thor: God of Thunder when Jason Aaron was doing it and doing that back and forth between present and past – every – single – issue. It just got too annoying so hopefully he won’t –

Hold on – the details just rolled in…

The series will have a familiar feel for those who read Thor: God of Thunder, with the series shifting back and forth between present day events with the current Avengers team and the story of the prehistoric Avengers of 10,000 BC. 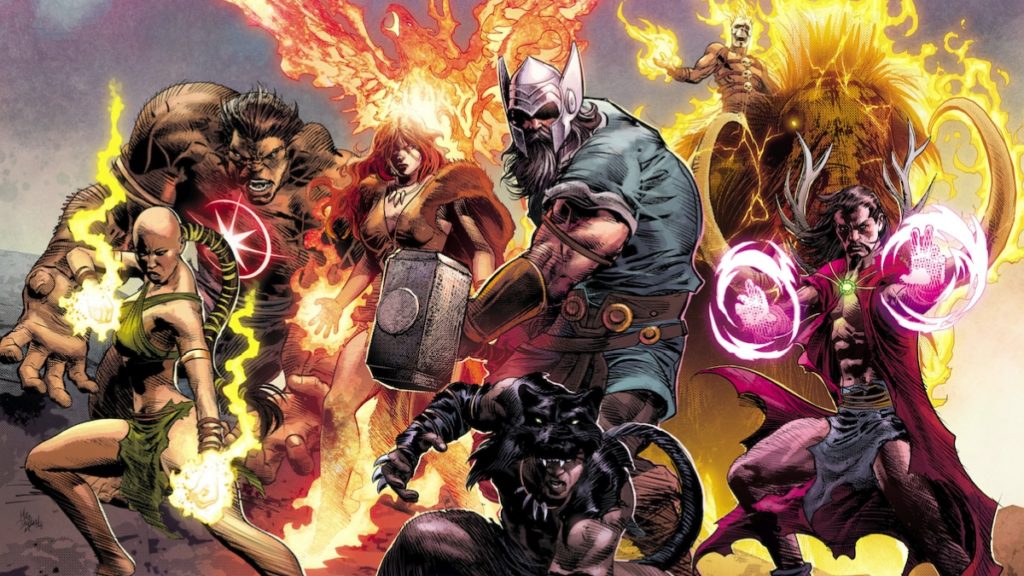 There were Avengers… in 10,000 BC? Why yes… apparently there was… and it was introduced by Aaron and includes… the first Black Panther, the first Ghost Rider, Odin, the Phoenix, a version of Starbrand (which originated in New Universe), the first Iron Fist and Agamotto… and they formed to fight a Dark Celestial or some such thing like that.

So… I commend that Aaron is doing some continuity stuff – and this, over all, seems like it could be an interesting team to read about (but for Odin’s sake – why is even the 10,000 BC version of Phoenix also a redhead – could we not have gone with any other color?) – and while, initially I was annoyed at Avengers existing in 10,000 BC – after doing the research and digging up the team – it’s a cool concept. But, if I couldn’t hang with Thor: God of Thunder constantly going back and forth between present and past, I doubt that I’d tolerate it for long in Avengers – and these days, it’s about crunching money and being picky what I pick up, because of the cost of comics, so – sadly, this will be a pass for me – which is a shame, because Avengers and X-Men were my go-to comics, and what brought me into the world of collecting.