Marvel’s “Fresh Start” And What Does It Mean?

Earlier today, Marvel announced that 2018 will unleash a brand new “Fresh Start” for 2018 in the following video:

All of this seems to be stemming from Bendis leaving to take an exclusive deal with DC Comics. The video certainly seems like that the folks at the “House of Ideas” are amped for this new “Fresh Start” – apparently not this excited since “Marvel NOW!” (Maybe I missed the bus on that, but Marvel NOW didn’t do much for me). Some of the things we see in the video 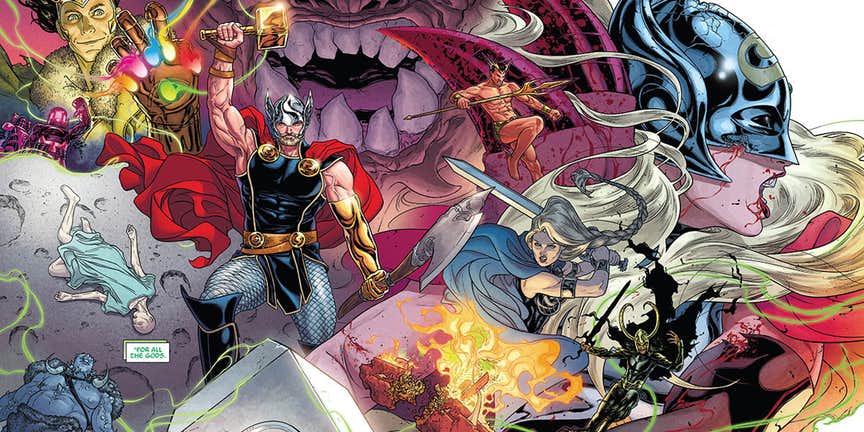 that stuck out – Thor seems to be back – well, not Thor – well, it is Thor – but Thor has not gone by the name Thor for … well, a very long time now. We see he has a shiny golden arm and… a shiny… golden hammer… that looks exactly like his old hammer. (Apparently Thor hit up someone from Pimp My Ride). I’ve not been reading whatever book “Thor Odinson” has been in for a very long time, since he stopped being a character I recognized; and I only ever got the first issue of Jane Foster as Thor so I am not sure what’s going on there; but from what I gather, apparently Jane Foster has (or had?) cancer – and this is somehow leading to Thor (Odinson’s) return? I don’t know. Sounds like a train wreck, still. 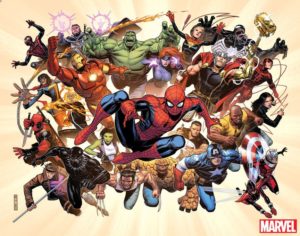 And we also see Iron Man and Captain America, and Tony Stark seems to be returning to the suit. So Riri Williams will be out of the suit (I am guessing) and resume her roe as Ironheart and be a part of the Champions – and apparently at sometime, Doctor Doom was also in the Iron Man suit (What the actual…?) Anyway – both Captain America and Iron Man have big “legacy” issues coming up (#600 and #700 respectively), so I am sure that’s where all the big, bangs, and whistles will happen. 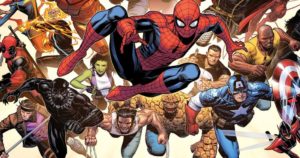 I am personally glad to see that other writers will be given a chance to (ideally) shine, rather than it being the “Bendis Show” at Marvel. It’s also good to know that some of the characters Bendis created (Miles Morales and Jessica Jones) will continue to see some spotlight. With all of this going on, I suspect we will also be seeing the return of 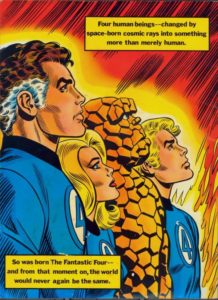 Marvel’s first family (team) – the Fantastic Four. There was an image floating around of the Fantastic Four, where it looks like the original four members – but they’re cut out, so you can’t see who it is. (I wish I could find it again – so for now, you’re just going to have to put up with a standard Fantastic Four image).

Though the creative teams – or even all the book titles – have not been announced, Tom Brevoort assured everyone that not all books will be going back to #1 for these “Marvel Fresh Start.” (Which is no surprise, because of the aforementioned big numbers for Captain America and Iron Man). But he did say some books will be getting a fresh start – it’s unclear if that’s existing books already, or if that’s going to be new books spinning out of this “Fresh Start” (for example, I am sure we will probably see an Ant-Man and Wasp comic since we have that movie still coming out, and the duo is featured in the front of the picture, down in the lower right).

Tom also added, “Do not ‘read’ anything into not seeing a character on the Jim Cheung piece… We can only squeeze so many characters in there without killing poor Jim! If you were disappointed or confused by the absence of someone in the promotional material, don’t worry just yet: more news is coming.”

So what that all means… who knows. Good news? Bad news? Thoughts? 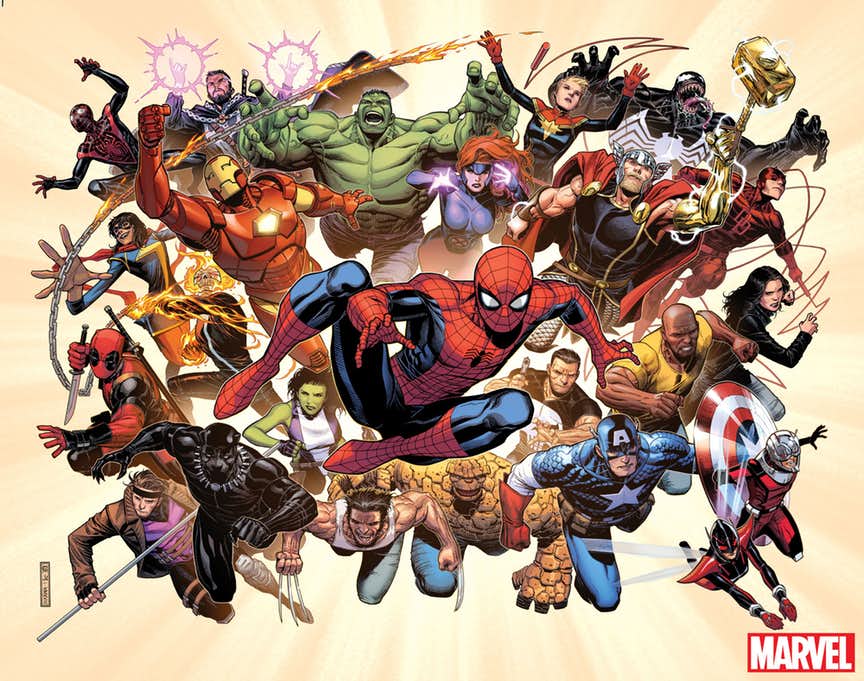