Let me forewarn you – the read ahead is pretty long, and it’s mostly because I am extremely passionate about my classic X-Men comics – and one of my all time favorite stories is the Dark Phoenix saga… and with news once again, that Fox’s next X-Men movie is called “Dark Phoenix”… I figured I’d take some time to share some thoughts…

THE DARK PHOENIX IN X-MEN MOVIES

WHAT IS THE PHOENIX FORCE AND STORY OF JEAN GREY (IN COMICS?) 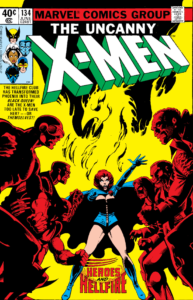 So then, what’s my problem? Shouldn’t I be happy to see the Dark Phoenix – you know, again – on the big screen? You’re right. I should be happy. Should being the key word. So why am I not happy? Because both movies have gotten one very core thing wrong. (And maybe someone might say I am being too much of a “Comic Book Nerd” – but the one thing they got wrong would be like if they had changed the Ring in the Lord of the Rings movie into a necklace and called it Lord of the Necklace or something). Small, trivial changes, I don’t mind. They made tons of them in Lord of the Rings (and I loved the movie, and those books are sacred to me – don’t get me started on what they did with The Hobbit though… that is another story entirely…) 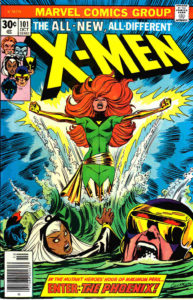 So what is that one nagging thing that has bothered me about both of these “Phoenix” stories that we’ve seen so far? It’s the fact, that for whatever reason, both times they have had Jean Grey being born with the Phoenix Force, and just explaining it away as some part of her mutant power rather than going into it being a cosmic being that entered Jean’s body (as originally written; many, many, many years later, they’d decide Phoenix took her place and put Jean in a cocoon at the bottom of the ocean in suspended animation – hey, it’s comics!) So originally – for those that don’t know – the story takes place where the X-Men are returning from space and their plane is falling apart; Jean is the only one who can hold it together with her telekinetic powers; after much fighting, the rest go back in the secure area. Jean successfully lands the plane into the bay, and while the rest of the X-Men surface, Jean seems to be missing, and finally surfaces. 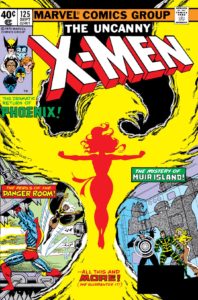 This would result in Jean Grey leaving the X-Men (as a team member, but still in the book occasionally) for awhile until making her dramatic return in Uncanny X-Men #125. There isn’t too much here, other than the X-Men begin to notice a change in her.

It’s actually not until a little later when the X-Men begin to encounter a new group of villains that have dubbed themselves The Hellfire Club, with the Inner Circle being composed of mutants who sought to influence the world and dressed in 18th Century period clothing. One such member, who had the name of Jason Wyngarde, was an old X-Men villain named Mastermind who had used his own mutant powers of illusion control, to manipulate his own appearance. Jason Wyngarde took an interest in taking over and manipulating Jean Grey to turn on the X-Men, and ideally become his lover, and improve his ranking among the Inner Circle of the Hellfire Club. Unfortunately, what Jason Wyngarde did not know is that it wasn’t just Jean Grey’s mind; it was that of the Phoenix Force which had bonded with Jean Grey. 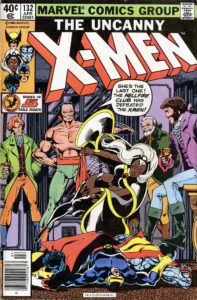 This led to a battle with the X-Men fighting the Inner Circle and being soundly beaten; with only Wolverine managing to “escape” (and that’s only because Leland used his gravity manipulating to increase Wolverine’s density, crashing him through the floor and down into the sewers, where the Hellfire Club assumed that Wolverine had perished from being crushed to death).

Wolverine would, as noted, survive the encounter and immediately come back after the Hellfire Club with a vengeance, and in the process recusing his fellow X-Men members; but not before Mastermind had successfully manipulated Jean Grey enough to seize control of her mind. 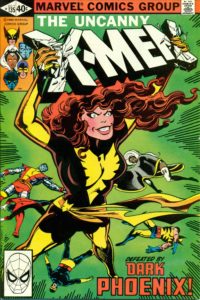 The Phoenix Force seized control of Jean Grey, now twisted by Mastermind’s evil intentions and became the legendary Dark Phoenix in Uncanny X-Men #135. Now the X-Men found themselves fighting one of their own members; one of the original X-Men. One of the sweetest, kindest X-Men to have ever existed – Jean Grey. Storm referred to her as “Sister”, Wolverine had feelings for Jean Grey, Cyclops had been Jean’s main love interest from the very start, Nightcrawler was a devote Catholic, and Colossus had the gentle heart of a writer/painter. Going after Jean Grey, and trying to stop her by any means possible was something the X-Men were simply not equipped to do because their own feelings for the teammate superseded the consequences of letting the Dark Phoenix lose control. 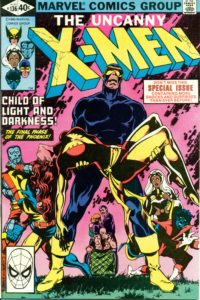 The X-Men would call on their former member, Beast, to help them try and stop Dark Phoenix/Jean Grey. Beast had created a headband that should have nullified the Phoenix power; but not understanding the source of the power or the infinite power that the Phoenix contained; Jean Grey easily destroyed the device. We see Jean’s human side pop up from time to time, when she leaves and visits the home of her parents, and sees photos of them (and her sister). It’s Cyclops who comes to her – no longer attacking, but tries to appeal to Jean’s human side; and just as it seems like she is about to regain control, Professor Xavier arrives and attacks her mentally, which makes Jean lose control again. Professor Xavier and Jean lock into mental combat, and Professor Xavier is able to subdue and lock away the Phoenix Persona deep into Jean Grey’s mind. Though the X-Men are happy to see Jean back, it’s not long before they’re teleported away by the Shi’ar Empire and abducted. 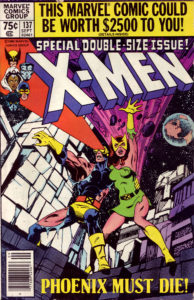 The Shi’ar that the Phoenix Force is a massive power that can’t be contained, it’s destructive, etc – and in the end, it boils down to “Jean Grey must die.” Professor Xavier and the X-Men challenge the Shi’ar to a battle for Jean Grey’s life. So the X-Men are paired off against various members of the Shi’ar powerful force known as the Shi’ar Imperial Guard. While the X-Men fight valiantly for Jean Grey’s life, in the end, Jean Grey realizes that the Phoenix Force is still inside her, and that at any time, it could potentially break free and release the Dark Phoenix once again. Jean Grey sacrifices herself and dies, so that the Dark Phoenix will never be a problem again. (Well, that was a good plan, but many years later, Jean Grey, and the Phoenix Force would return countless times, to the point it’s nearly become a parody of the whole ‘The Phoenix will rise again!’ – but hey, it’s comics!)

HOW WOULD I DO THE DARK PHOENIX MOVIE? 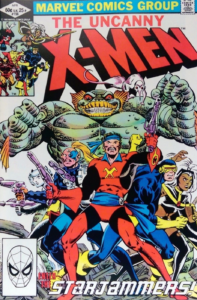 WHY THE GUARDIANS OF THE GALAXY MOVIE MATTERS… 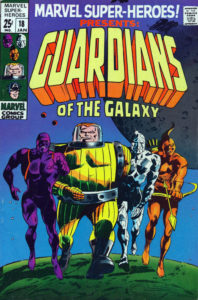 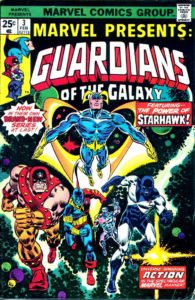 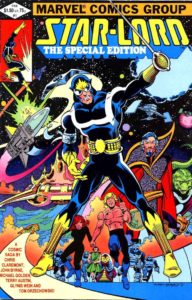 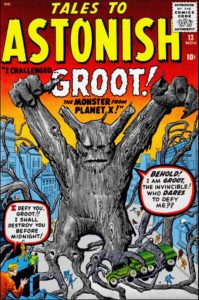 One of the most surprising and drastic changes came in the form of Groot. Groot – when he first appeared was this… giant… plant thing… from a place called “Planet X”… and he could actually talk (not just limited to “I am Groot” or “We are Groot”)… and he didn’t look anywhere near as cute and fun as we all know him from the movie. This was, once again, the creative works of Dan & Andy working on revamping the Guardians of the Galaxy and taking all of these misfit – and for the most part – very, very, very obscure characters from everywhere – and making them into what they are now. 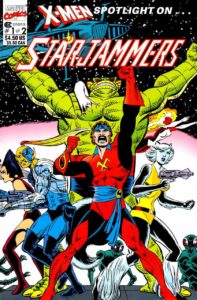 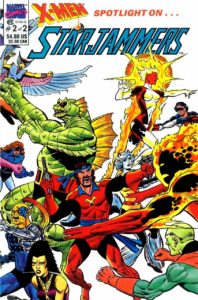 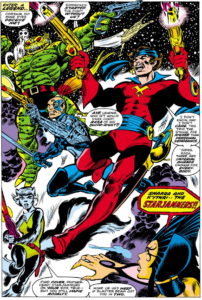 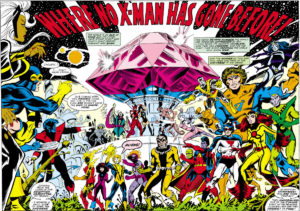 The third movie would be called X-Men: Birth of the Dark Phoenix or simply X-Men: Dark Phoenix. This is where things hit the fan. The Shi’ar call down on the rest of the Imperial Guard, including Gladiator. The Starjammers and X-Men try to fight them, but they’re hopelessly out numbered, out gunned, and over powered. The X-Men and Starjammers must admit defeat. D’Ken claims that Jean Grey must die, because the Phoenix Force can not be contained in a mortal without eventually corrupting them; having proof before and showing the X-Men what happened the last time the Phoenix Force took on a mortal’s form and all the trouble they had capturing it into the relic. The X-Men challenge the Shi’ar Imperial Guard to a challenge (similar to what we see in Uncanny X-Men #137) in order to save Jean Grey’s life. The Starjammers also agree to join in the fight; and so – they do the individual fights, and despite the heroes looking like they’re going to win, in the end, Jean Grey sacrifices herself – seemingly destroying herself which allows the Shi’ar to recapture the Phoenix Force back into the relic. Movie ends with the X-Men burying Jean Grey on Earth. 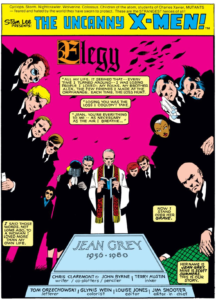 So while, not even my version of the Dark Phoenix saga is completely true to what happens in the comic; I realize there’s a lot of comic book history that that simply can’t be shoved into a movie; so I would truncate it down to the parts I thought were important; and that is, simply acknowledging and explaining that the Phoenix Force is a cosmic being – not simply Jean Grey’s “mutant ability” as it has been portrayed in the previous versions of the X-Men movies. I think starting the movie with the Starjammers is a very reasonable idea. I think the introduction of the Shi’ar Empire is also reasonable. Fox Studios seems to have a problem with just wanting to go straight for the payload, rather than giving us some foreplay to build up to the story that most X-Men fans love and adore and hail, one of the best X-Men story arcs – if not one of the best comic book story arcs.

And naturally, with Jean having bonded with the Phoenix Force, they could even go on to make other movies, that deal with Jean being resurrected by the residue of the Phoenix Force (the Phoenix always rises from the ashes) – and then, maybe at that point, explain that Jean’s powers are now enhanced; her mind opened by the cosmic being to the true potential of her telepathy and telekinesis.

So there you have it. How, if given the chance, I would have done the Dark Phoenix Saga. 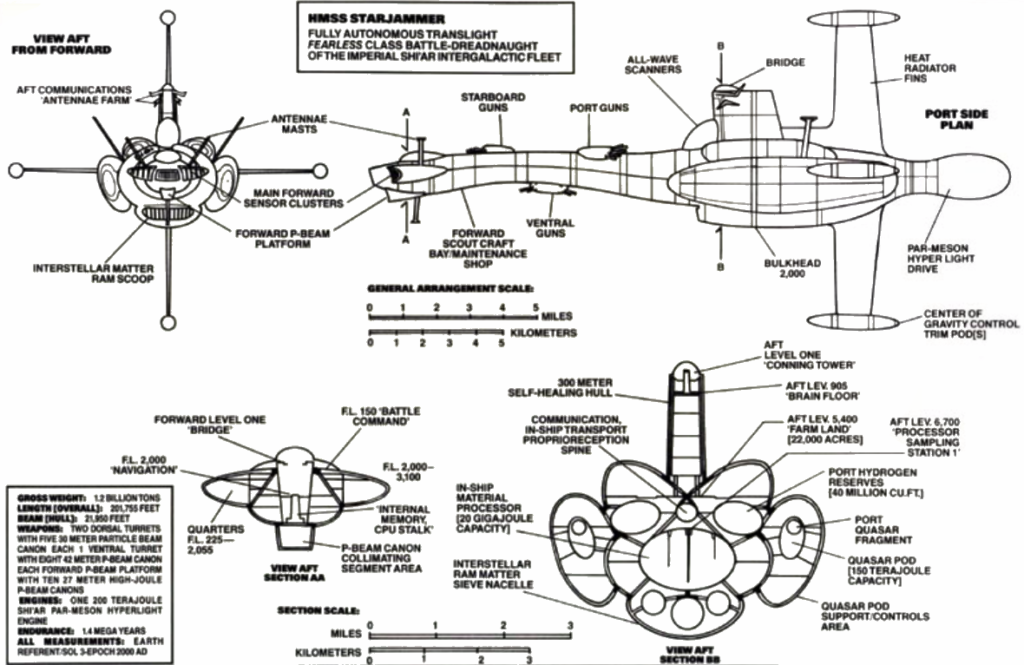