The Devil of Hell’s Kitchen

I have never considered myself to be a die-hard fan of Daredevil or The Punisher. Don’t get me wrong, I do like that characters, their iconic appearances and their stories but nowhere near the extent of the X-Men franchise (admittedly, I was a mutie-lover growing up).   I have collected Daredevil, Punisher and Elektra stories in the past but their books never took up more than a fraction of space in any one of my comic book boxes.  That being said,the Netflix Daredevil series has quickly turned Daredevil, The Punisher, Wilson Fisk and Elektra into my personal Marvel favorites.

Season 2 managed to pick up exactly where season 1 left off.  Once again, I was blown away by the writing, the character development, the pacing, the cinematography and the action. Oh the glorious action. This season has surpassed Iron Man, Captain America: Winter Soldier,  Guardians of the Galaxy, The Dark Knight and Deadpool as my new favorite on screen comic book character and story adaptation.  This season of Daredevil is my new standard of quality on which I will probably be judging most other comic book adaptations on. That is, until Luke Cage goes live in September. 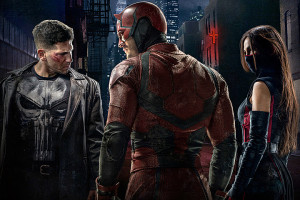 I, like many comic book fans, was very excited to hear that The Punisher and Elektra were joining Daredevil in season 2.  It was also announced that The Hand, an ancient cult of Ninjas introduced in season 1,  would also be featured in the Elektra storyline. Daredevil, Punisher, Elektra and The Hand. Will Wilson Fisk be in it as well since he was still alive after the events of season 1? Will they do a Daredevil, Punisher, Elektra, Hand, King Pin story? Will they be able to handle these many characters and “villains” without the show being over-encumbered by characters and villains like Sam Raimi’s Spider-Man 3? With the exception of Daredevil, ALL of these characters are morally ambiguous. The matchups could go many different ways. Can they possibly pull off so many complicated characters, stories and angles? That’s a tall order.  Well we got that answer. This feat can and was pulled off on Netflix.

After completing Daredevil: Season 2,  I can confidently say that ALL major and supporting characters this season were masterfully written.  Everybody’s motivations were clear. Their character and personality strength and weaknesses were well defined and each story was interwoven so perfectly that they all felt in place.  All without having to sacrifice the overall story arch that began in season 1. 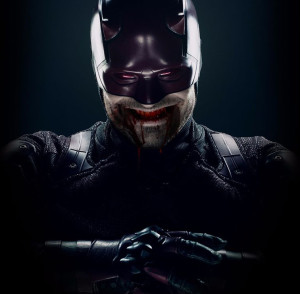 Charlie Cox is both charming as attorney Matt Murdock and brutal as the vigilante Daredevil. He works tirelessly to balance his professional life, friendships and relationships all while protecting Hell’s Kitchen from organized crime, ninjas and other vigilante criminals.

Elden Henson and Deborah Ann Woll continue to impress as Foggy Nelson and Karen Page respectively. They both shone this season, becoming stronger protagonists in their own right. You can tell the writers payed special attention to these characters as they could have easily been written off as simply “The best friend” and “The love interest/damsel in distress.” They were not these adjectives. I mean, they were, but they were not only these adjectives.  In a season where so many new characters are introduced and explored, both Foggy and Karen held their ground as interesting and integral parts of the story that forces the viewer to care deeply about them and their well being. 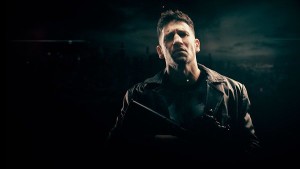 Jon Bernthal is our new Frank Castle and a welcome addition to the cast. Bernthal has done what few others before him have failed to do. Lundgren, Jane and Stevenson all had Frank Castle’s look down pat but none had the right amount of dark grit needed for a true Punisher portrayal. Granted, they all did what they could with what they were given but Bernthal has demonstrated what a true representation of The Punisher should look like. The Punisher is to bad guys what Jason Voorhees is to horny teenaged campers – a scary, unrelenting killer. Now if we can please have our Punisher Netflix series, that’d be great thank you. 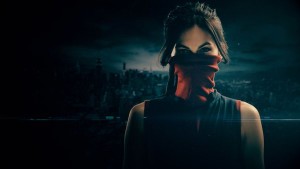 Elodie Yung is stunning as Elektra Natchios. Pulling off a sexy, billionaire, ninja assassin sounds like a difficult task (just ask Jennifer Garner). Elodie Yung pulls it off convincingly. As Elektra, Yung is as beautiful as she is deadly, using her looks to get her close to her target and her assassin skills to finish the job. I found myself as conflicted as Matt when she wedged her way in between his and Karen’s young relationship.  I am looking forward to the mayhem and conflict that she is destined to cause in future seasons.

Wilson Fisk is the best MCU villain to date. Vincent D’Onofrio has added so much depth to what was once no more than just a one-dimensional, cartoony, mob boss villain.  I would hazard to rank D’onofrio’s portrayal of Fisk up there with Heath Ledger’s Joker in the Dark Knight. Fisk’s role isn’t as prominent as it was in season 1, only showing up for a handful of episodes, but that did not make him any less interesting or menacing. I have a feeling that the producers have big plans for the Kingpin and the Vigilante’s of Hell’s Kitchen.

Deep characters, an engaging storyline and more action than you can shake a walking-stick at, Daredevil: Season 2 is top tier quality MCU show and my personal favorite of all the movies, ABC shows and Netflix series’ combined. I look forward to future seasons of not only Daredevil, but Jessica Jones, Luke Cage, Iron Fist, The Defenders and (hopefully) The Punisher. Marvel’s Netflix shows are in good hands and each have a future as bright as they are dark.