When a friendly wager turns into an all out war at work.

Anyway, one must not let me have any free time, or the following happens… All of these were (very quickly!) created in Microsoft Paint (because that’s the only paint program available to me at work) and posted on my co-workers cube, adding each one as the days went on… 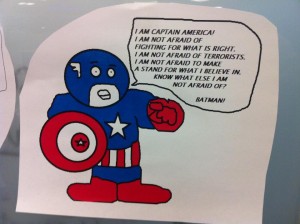 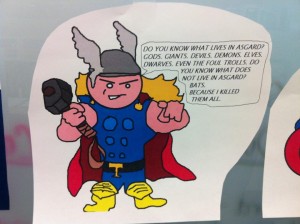 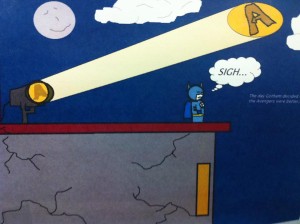 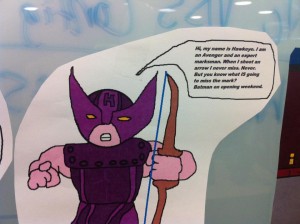 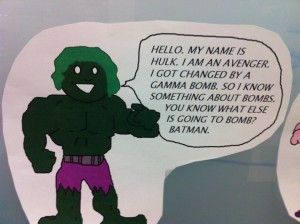 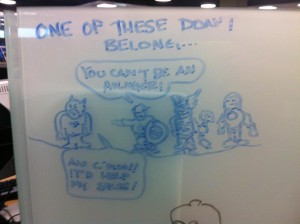 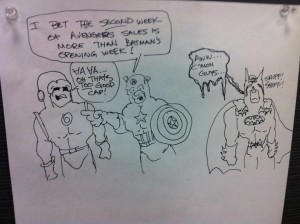 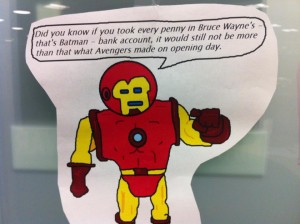 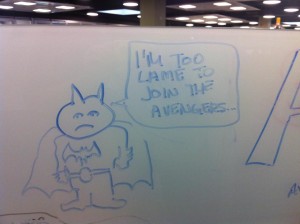 Good ol’ Captain America, always has something to say!

Are you really going to argue with a Norse God?

This one was probably my favorite one that I did…

Hawkeye, he’s always on the mark!

Don’t argue with Hulk; you’ll just make him angry! And his pants are barely hanging on as it is!

Cubical art continues on the glass!

That Tony Stark sure is mean to poor, ol’ Batman!

Iron Man’s opinion is worth about 3 billion dollars, you should really listen to him!

And finally Batman realizes, he has no friends!

In the end, thanks to the unfortunate shooting that happened during the screening of Batman, the friendly wager was called off.