Marvel Comics Presents and The Invaders…

… will be returning to Marvel Comics. 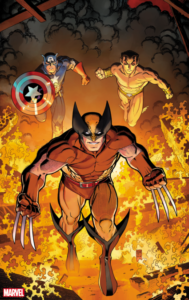 When I first heard that they were going to be releasing Marvel Comics Presents, I thought, “Great! We might get some stories of characters who aren’t in a series regularly! Spotlight some obscure characters!”

I guess Namor is not an obscure character, but he’s one that’s not appearing in his own book and a team book, and multiple other books – but he did recently get a very big push in the X-Men books. Here’s hoping if this continues, that they will feature a big character in a story (to draw the sale) and lesser known characters as a back up story. 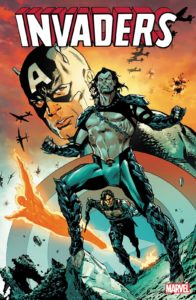 The Invaders, get this – will feature Namor as the villain. The Invaders, formed as Captain America, Winter Soldier, and Jim Hammond going up against Namor who has decided to be a threat to society again.

(So much for Namor not appearing in multiple books…)