Things will be headed to eBay shortly! 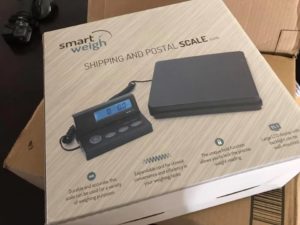 In the next coming week or so, now that my Postal Scale has arrived, I will be placing some comics on eBay, ideally, reasonably cheap (I just need them to be sold and find a good home, and if I make a little bit of money to help pay for the website, podcasting equipment, etc., and pay for bills around the house, even better!) I have probably around 500+ comics that will be 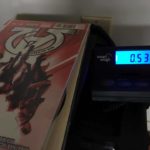 going up on eBay; probably in large bundles (some of them will be sets of comics, some of them are going to end up as random bundles). So the only true cost is probably going to come from the S&H which is why I decided to purchase a Postal Scale, so I can get a fair price of what the S&H will be, and so I can get a good price for what I want the comics to sell for as well. 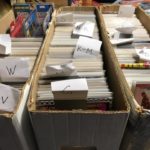 I’ve been collecting for over 35 years, and have amassed a ton of comics that I no longer read. Some of them are old, read, and beaten up a little; some are old, read, but in good condition; some are brand new (including stuff from recent Marvel, like Uncanny Avengers, to books from The New 52 and Rebirth from DC Comics), so it’s a pretty crazy mixture of what’s going to land on 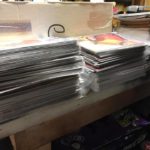 eBay. When I can, I am going to sell sets of things together, rather than single individual issues, so I can move the comics (hopefully faster), and when I make the random bundles (when they’re not sets), I will try my best to make them somehow be related to one another.

A guy at work discovered I did the Comic Relief Podcast, and contacted me and gave me a large box of comics, full of a lot of random books – all for free. And then, about a year ago, my childhood friend, Charles, also sought to get rid of his comics that had been aging in the garage, so I gave him some cash, with no idea what he had in his boxes, so that I could help move them and get 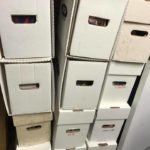 them sold, and hopefully they find a new good home as well. So between his own collection that I took over, and my own 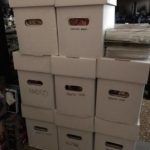 expansive collection I have already partially sorted through (more of my collection may end up on eBay if the eBay store does well enough for me), keep your eyes peeled on our eBay Store, because stuff is definitely headed that way – and anything you purchase from there is going to greatly help us out! And who knows, you may find some things you’ve wanted, or books you always wanted to read, and you will be able to grab them at decent prices!