The kind folks of Madius Comics sent us a metric ton of things to review. Normally, I’d go in depth with each one – but they sent us so much I figured I’d give a general run down of my thoughts, unless it stuck out for some reason!

First off, let’s begin with Papercuts & Inkstains. The book has a number of different stories; which means different writers and artists. I’d say none of these are your traditional comic book – both in story and art. It breaks away from the norm and dares to venture into new territory. Each story is it’s own thing, and stands out on their own. For the most part, I enjoyed what I found in there, but some of it wasn’t my style (not to say it was bad, but not my typical genre and/or art/writing style I look for in a comic). A lot of these stories are things I could easily see IMAGE Comics producing; because none of them are traditional stories, and IMAGE seems to focus on that (for example, CHEW by the folks at IMAGE). 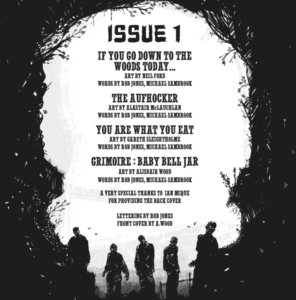 The book I loved the most was the one called HORRERE. This book, like Papercuts & Inkstains has several different artists and writers; but I felt like the pacing in these stories was spot on. The art was absolutely fantastic and led to the “dark and creepy” vibe of each story. All of the stories in this issue felt very, very, very professional. I could have sworn I was reading an IMAGE comic, because of how amazing the art and writing in these stories were. Hands down the favorite of the bunch. Let me just share some of the cool images found within this book: 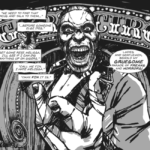 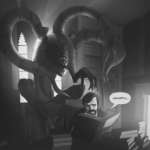 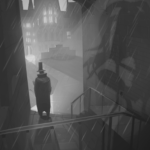 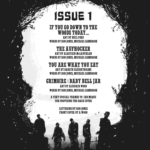 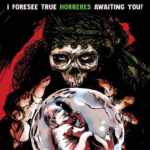 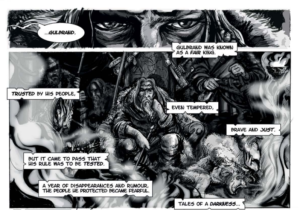 Next in line was The King’s Leap. This reminds me very much of The Adventurers Comic that was originally published back in the 80’s! I am a huge fan of the fantasy and/or Viking type genre. So I actually enjoyed what I found in The King’s Leap. Both the art and the story were very clean. This was definitely an enjoyable story; very clean and professional. 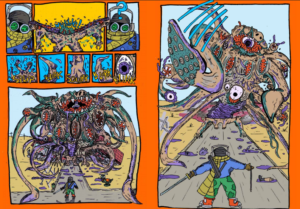 So next we go to FUNK SOUL SAMURAI. This one reminded me of an old school indie comic I used to get when I first got into comics (I wish I could remember the name of the book). There’s literally next to no dialogue, and while being very colorful, the art was a little too weird for me. I can’t even say I read this book, because of the lack of dialogue. It’s definitely one of the more unusual books I have ever glanced through, I will give it that! 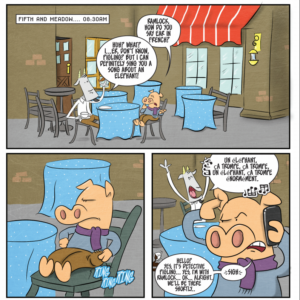 The next one is RAMLOCK INVESTIGATES. Imagine an unusual version of CSI meets Peter Porker, and you will have Ramlock Investigates. It has a very, very, off the beaten path sense of humor to the entire book. It’s still an enjoyable read in that very weird kind of humorous way. The art and story compliment one another very much. They’re both cute, funny and unusual, which is how this book should be written.

And finally, the last book to be reviewed from this batch was a book called 50 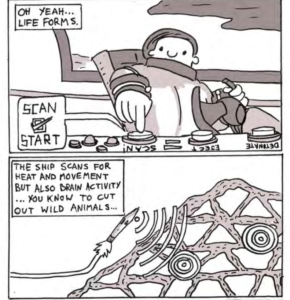 SIGNAL, which has a “basic” look to the art and story. The story didn’t have much to it, nor did the art. This is not to say that it was bad (certainly better art than anything I could hope to produce!), but for myself, I didn’t get much out of the story. The art reminded me very much of what you’d find in Ziggy meets Farside.