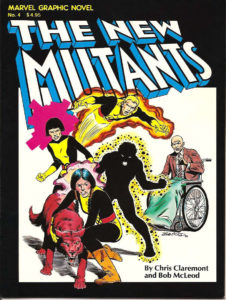 I’m not afraid to say it. When news initially broke of a New Mutants movie to spin off from the X-Men movies that FOX Studios has been doing – especially after the news that Cable would be slated for the second Deadpool movie; I was pretty sure what we were going to be looking at was the “X-Force” version of the New Mutants.

Much to my surprise, that is apparently not the case. The New Mutants spin off movie will include Danielle (Mirage), Sam (Cannonball), Roberto (Sunspot), Illyana (Magik), Rahne (Wolfsbane) and an alien (Warlock). So, of the original New Mutants line up, only Karma got the boot out of the movie (which is odd, since the movie talks about teenage angst; you’d think they could fit Karma in there, and the morally questions of seizing control of someone’s mind), and Illyana and Warlock (who joined later) will be in there instead. 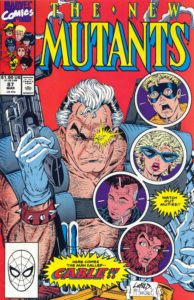 I am sincerely surprised that the movie wasn’t gearing up for Cable to take over the New Mutants after his appearance in the Deadpool movie and give us an X-Force movie. So I was half expecting the New Mutants cast to consist of Cannonball, Boom Boom, Rictor, Wolfsbane, Warpath and Shatterstar. Because if teenage angst is the focus, that group sure has plenty of it as well. 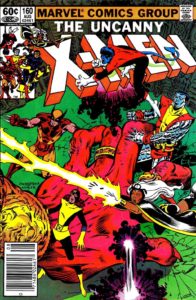 It’s interesting that they’re bringing Illyana into the New Mutants movie, as I am curious if they plan on tying it in with Colossus, who appeared in the X-Men movies (a few times, different actors), and also appeared (most notably, and the closest version to the true comic book Colossus) in Deadpool. Will Illyana be Colossus’ younger sister in the movie as well, or be completely separate? Will they even acknowledge Colossus in this movie, or are they going to treat it as it’s own entity? They’re calling it an X-Men spin off, but I am not entirely sure if they will tie the two together. 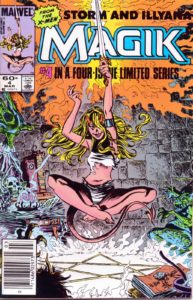 And if they do bring Illyana into the movie (well, it’s not if, they already said they are) – I wonder if she’s going to have a correct origin? Will she be a magic user, because of the events she endured during Uncanny X-Men #160 (and further explained in Magik #1-4) or will she simply be a mutant who has magic like abilities (similar to The Scarlet Witch). Illyana’s entire fiasco in the Limbo realm could be an entire movie itself (and a damn good movie, if done right!), so it seems unlikely that her powers will be true to their comic book form. (Which is a shame, to me, at least, because Uncanny X-Men #160 is hailed as one of my favorite issues from the Uncanny X-Men run!)

The rest of the cast (Cannonball, Mirage, Sunspot, and Wolfsbane, all have fairly uncomplicated origins). Cannonball/Sam, is just a simple Kentucky boy. Mirage/Danielle is a Native American, young woman. Sunspot/Roberto is a rich, young Brazillian boy. And Wolfsbane/Rahne is a Scottish, heavily religious (she was originally, anyway) young girl with tons of insecurity issues. 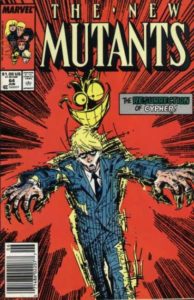 I will say that Warlock is an unusual addition to the movie cast of characters. So far, the X-Men franchise has shied away from referencing anything that has to do with aliens of any kind. All of their movies have always been about mutants, or humans vs mutants. No hint of any kind of aliens. So adding Warlock into the mix makes it a weird twist. It almost seems like it would have been a better route to go with Doug Ramsey, being a mutant (computer programmer who can build anything because he understands the language of computers; sort of close to what his mutant power is), building Warlock. (And who knows, perhaps Warlock will not be an alien, but rather a robotic construction like I am thinking). 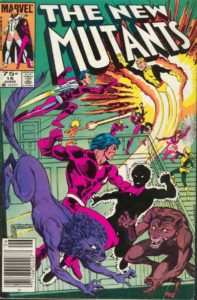 So next, one wonders – who will the New Mutants be battling? Well, other than the fact that the previous X-Men movie ruined Sebastian Shaw (don’t get me started – really, don’t…) I would hope that they battle someone along their own age group – and ideally, would bring them against the Hellions. It’d be great if the Hellions were from the Hellfire Club school and they were duking it out with Professor Xavier’s school students.

That way, it keeps the first movie, very level, very much on par with what you’d expect from a group of… New Mutants.

Now that I’ve said my peace (for now), the additional details are that Simon Kinberg will be producing the New Mutants movie. Scott Neustadter and Michael H. Webber who did The Fault in Our Stars and The Spectacular (neither of which I have seen) are writing the script for The New Mutants.

What are your thoughts? Excited? Worried?

Until next time!
– Uncanny Tawmis Logue