I’ve always been a THOR fan since the mid to late 70’s. I was first introduced to him through the pages of Avengers (#159) and began picking up his solo series shortly after that, off and on (back then I wasn’t an avid comic book collector yet), but was soon drawn to Thor always. He represented two things for me; a magnificent hero with fantastic origins to Asgard; which right into the second thing, I was getting pretty involved in Dungeons & Dragons (2nd Edition) which had the Deities & Demigods book, which had an entire section dedicated to Norse Mythology, which soon became my obsession.

When it came to THOR comics, there were a ton of fantastic stories that were told in his pages; but none could compare to what Walter Simonson brought to the table. Walter really mixed the THOR mythos into the Marvel Comics – and introduced a brand new character named Beta Ray Bill which I was immediately drawn to.

Decided to color the B&W image of what would be his first appearance, him on the cover smashing the THOR logo. 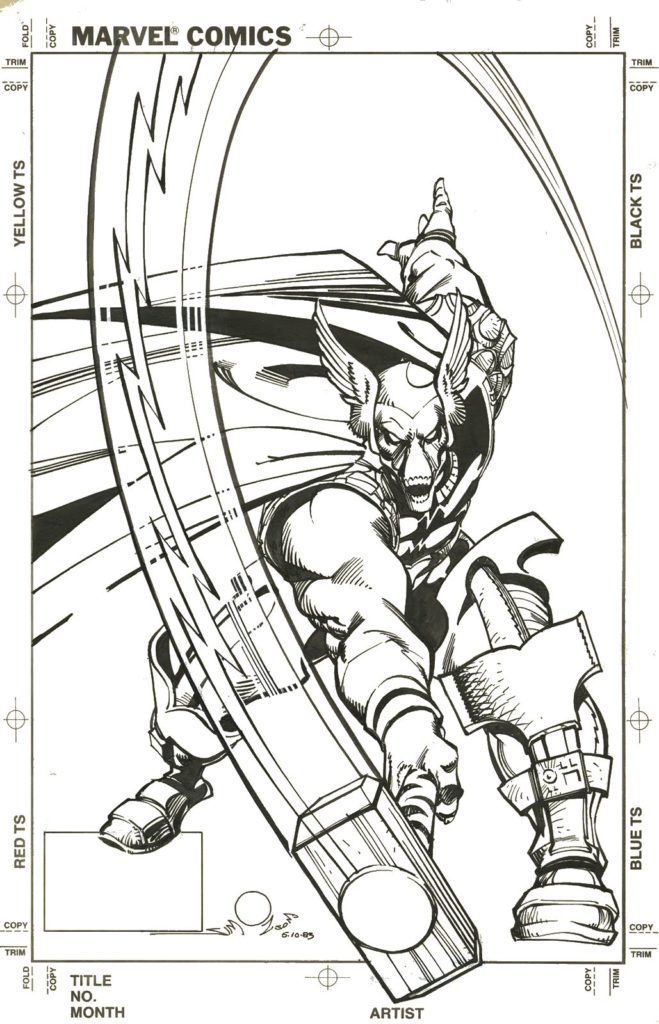 And my coloring of it… With this, I did something new – using an additional layer to lighten the cape and leg where the hammer is striking in front of it, which I think added a great effect… 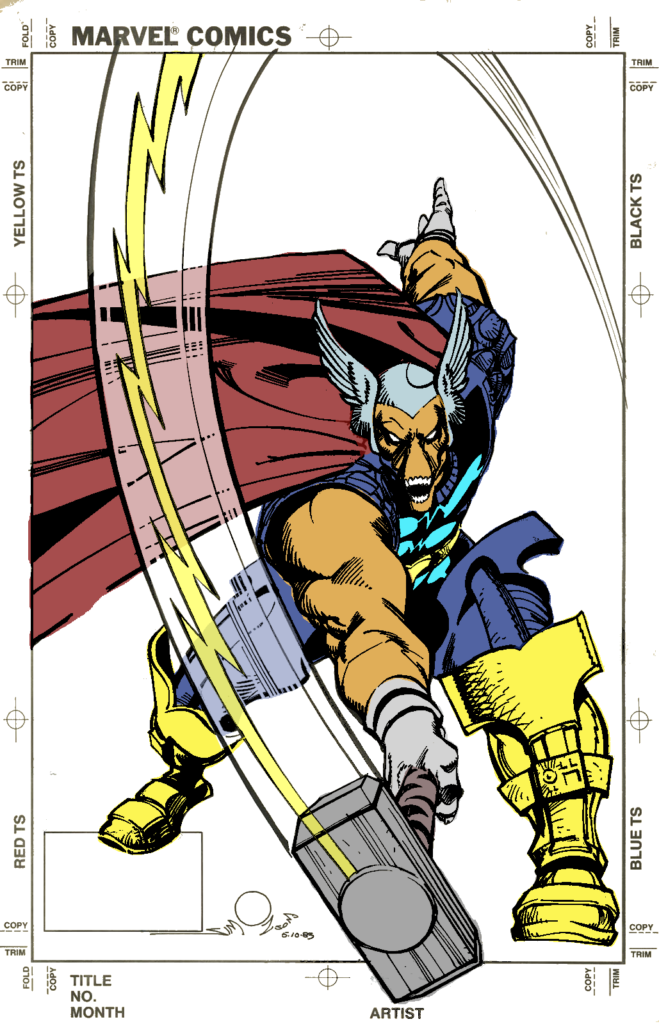